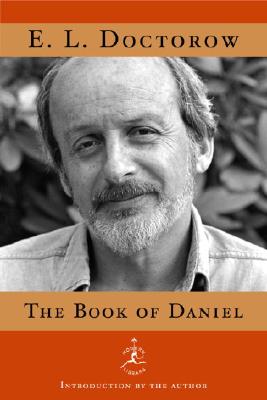 The Book of Daniel (Hardcover)

E. L. DOCTOROW was born in 1931 in New York City and was educated at Kenyon College and Columbia University. His earlier novels are Welcome to Hard Times and Big as Life. Formerly editor-in-chief of a prominent New York publishing house, he was most recently writer-in-residence at the University of California at Irvine. He lives in Westchester County with his wife and three children.

Praise For The Book of Daniel…

“A ferocious feat of the imagination . . . Every scene is perfectly realized and feeds into the whole–the themes and symbols echoing and reverberating.”
–Newsweek

“A nearly perfect work of art, and art on this level can only be a cause for rejoicing.”
–Joyce Carol Oates

“This is an extraordinary contemporary novel, a stunning work.”
–San Francisco Chronicle

“The political novel of our age . . . the best work of its kind.”
–New Republic

“Remarkable . . . One of the finest works of fiction.”
–Minneapolis Star Tribune