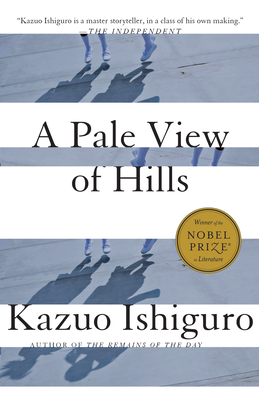 Here is the story of Etsuko, a Japanese woman now living alone in England, dwelling on the recent suicide of her daughter. In a novel where past and present confuse, she relives scenes of Japan's devastation in the wake of World War II.

Kazuo Ishiguro is the 2017 winner of the Nobel Prize in Literature. His work has been translated into more than 40 languages. Both The Remains of the Day and Never Let Me Go have sold more than 1 million copies, and both were adapted into highly acclaimed films. Ishiguro's other work includes The Buried Giant, Nocturnes, A Pale View of the Hills, and An Artist of the Floating World.
Loading...
or support indie stores by buying on