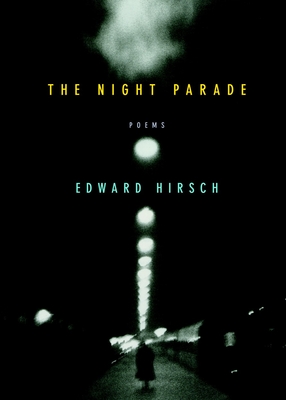 "Hirsch possesses an uncanny vividness of memory springing, it seems, from an infinite fund of affection and sadness...There is a wonderful simplicity and clarity in the best of these poems."
—Liz Rosenberg, Philadelphia Inquirer

Straightforward and precise, these poems...beckon the reader with their immediacy...With humility and passion, Hirsch illuminates the contradictory resilience and weakness of the human spirit."
—Publishers Weekly

Edward Hirsch has published five previous books of poems: For the Sleepwalkers (1981), Wild Gratitude (1986), which won the National Book Critics Circle Award, The Night Parade (1989), Earthly Measures (1994), and On Love(1998). He has also written three prose books, including How to Read a Poem and Fall in Love with Poetry (1999), a national best-seller, and The Demon and the Angel: Searching for the Source of Artistic Inspiration (2002). A frequent contributor to the leading magazines and periodicals, including The New Yorker, DoubleTake, and American Poetry Review, he also writes the Poet's Choice column for the Washington Post Book World. He has received the Prix de Rome, a Guggenheim Fellowship, an American Academy of Arts and Letters Award for Literature, and a MacArthur Fellowship. A professor in the Creative Writing Program at the University of Houston for seventeen years, he is now President of the John Simon Guggenheim Memorial Foundation.
Loading...
or
Not Currently Available for Direct Purchase