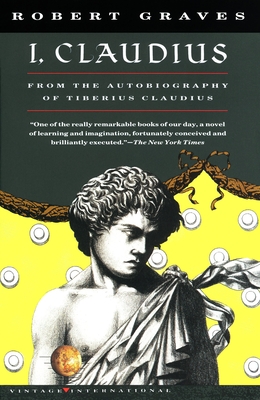 Considered an idiot because of his physical infirmities, Claudius survived the intrigues and poisonings of the reigns of Augustus, Tiberius, and the Mad Caligula to become emperor in 41 A.D. A masterpiece.

Robert Graves (1895–1985) was a poet, novelist, and critic. His first volume of poems, Over the Brazier (1916), reflects his experiences in the trenches, and was followed by many works of poetry, nonfiction, and fiction. He is best known for his novel, I, Claudius (1934), which won the Hawthornden and James Tait Black Memorial prizes, and for his influential The White Goddess (1948).
Loading...
or
Not Currently Available for Direct Purchase