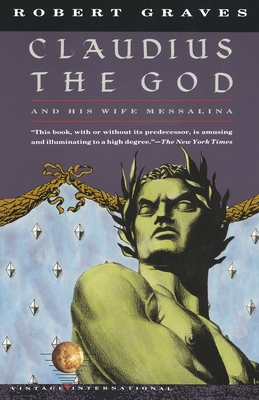 And His Wife Messalina (Vintage International)

Robert Graves begins anew the tumultuous life of the Roman who became emporer in spite of himself. Captures the vitality, splendor, and decadence of the Roman world at the point of its decline.

Robert Graves (1895–1985) was a poet, novelist, and critic. His first volume of poems, Over the Brazier (1916), reflects his experiences in the trenches, and was followed by many works of poetry, nonfiction, and fiction. He is best known for his novel, I, Claudius (1934), which won the Hawthornden and James Tait Black Memorial prizes, and for his influential The White Goddess (1948).
or support indie stores by buying on
Copyright © 2020 American Booksellers Association