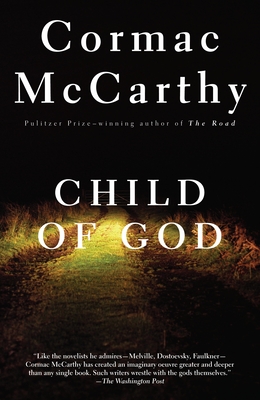 In this taut, chilling novel, Lester Ballard--a violent, dispossessed man falsely accused of rape--haunts the hill country of East Tennessee when he is released from jail.  While telling his story, Cormac McCarthy depicts the most sordid aspects of life with dignity, humor, and characteristic lyrical brilliance.

Cormac McCarthy is an American novelist, screenwriter, and playwright who has won the Pulitzer Prize, the National Book Award, and the National Book Critics Circle Award. A number of his works have been adapted into films, including All the Pretty Horses, The Road, and the four-time Academy Award–winning No Country for Old Men.
Loading...
or support indie stores by buying on