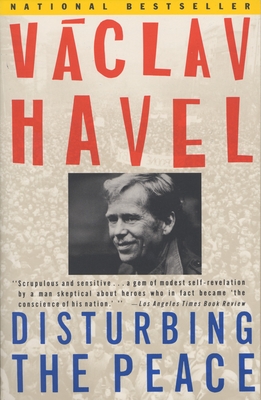 A Conversation with Karel Huizdala

An intimate history of Czechoslovakia under communism; a meditation on the social and political role of art, and a triumphant statement of the values underlying all the recent revolutions in Central and Eastern Europe.

Václav Havel was born in Czechoslovakia in 1936. Among his plays, those best known in the West are The Garden Party, The Memorandum, Largo Desolato, Temptation, and three one-act plays, Audience, Private View, and Protest. He is a founding spokesman of Charter 77 and the author of many influential essays on the nature of totalitarianism and dissent. In 1979 he was sentenced to four and a half years in prison for his involvement in the human rights movement. Out of this imprisonment came his book of letters to his wife, Letters to Olga (1981). In 1989 he helped to found the Civic Forum, the first legal opposition movement in Czechoslovakia in 40 years; in December 1989 he was elected president of Czechoslovakia; and in 1994 became the first president of the independent Czech Republic. His memoir, To the Castle and Back, was published in 2007. He died in 2011 at the age of 75.
Loading...
or support indie stores by buying on