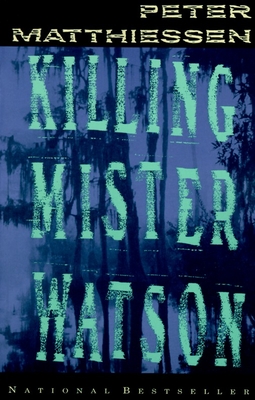 Drawn from fragments of historical fact, Matthiessen's masterpiece brilliantly depicts the fortunes and misfortunes of Edgar J. Watson, a real-life entrepreneur and outlaw who appeared in the lawless Florida Everglades around the turn of the century.

Peter Matthiessen was born in New York City in 1927 and had already begun his writing career by the time he graduated from Yale University in 1950. The following year, he was a founder of The Paris Review. Besides At Play in the Fields of the Lord, which was nominated for the National Book Award, he published six other works of fiction, including Far Tortuga and Killing Mister Watson. Matthiessen's parallel career as a naturalist and explorer resulted in numerous widely acclaimed books of nonfiction, among them The Tree Where Man Was Born, which was nominated for the National Book Award, and The Snow Leopard, which won it. Matthiessen died in 2014.
Loading...
or
Not Currently Available for Direct Purchase