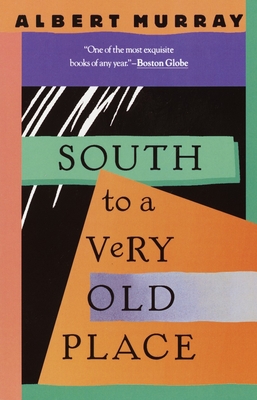 South to a Very Old Place

The highly acclaimed novelist and biographer Albert Murray tells his classic memoir of growing up in Alabama during the 1920s and 1930s in South to a Very Old Place. Intermingling remembrances of youth with engaging conversation, African-American folklore, and astute cultural criticism, it is at once an intimate personal journey and an incisive social history, informed by “the poet’s language, the novelist’s sensibility, the essayist’s clarity, the jazzman’s imagination, the gospel singer's depth of feeling” (The New Yorker).

“His perceptions are firmly based in the blues idiom, and it is black music no less than literary criticism and historical analysis that gives his work its authenticity, its emotional vigor and its tenacious hold on the intellect. . . . [It] destroys some fashionable sociopolitical interpretations of growing up black.”—Toni Morrison, The New York Times Book Review

Albert Murray is the author of The Omni-Americans, Stomping the Blues, The Hero and the Blues, South to a Very Old Place, Conjugations and Reiterations, and From the Briarpatch File. He is the coauthor of Good Morning Blues: The Autobiography of Count Basie and the coeditor of Trading Twelves: The Selected Letters of Ralph Ellison and Albert Murray. He lives in New York City.
Loading...
or
Not Currently Available for Direct Purchase