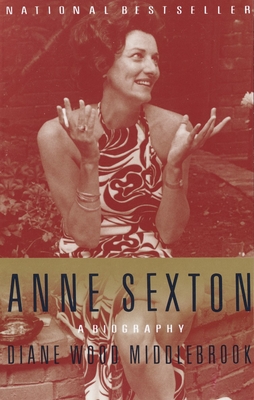 Anne Sexton began writing poetry at the age of twenty-nine to keep from killing herself. She held on to language for dear life and somehow -- in spite of alcoholism and the mental illness that ultimately led her to suicide -- managed to create a body of work that won a Pulitzer Prize and that still sings to thousands of readers. This exemplary biography, which was nominated for the National Book Award, provoked controversy for its revelations of infidelity and incest and its use of tapes from Sexton's psychiatric sessions. It reconciles the many Anne Sextons: the 1950s housewife; the abused child who became an abusive mother; the seductress; the suicide who carried "kill-me pills" in her handbag the way other women carry lipstick; and the poet who transmuted confession into lasting art.

Praise For Anne Sexton: A Biography…

A wonderful book, just, balanced, insightful, complex in its sympathies and in its judgment of Sexton both as a person and as a writer... a deeply moving account."-- The New York Times Book Review

"Judicious and canny. [Middlebrook] appreciates both Sexton's gifts as a poet and her attractive side as a human being...but looks at her destructive weaknesses with a steady eye." -- Time

Diane Middlebrook was an American biographer, poet, and teacher. She taught feminist studies for many years at Stanford University. Middlebrook is best known for her acclaimed biographies of Anne Sexton, Sylvia Plath, and Billy Tipton. She passed away in 2007.
Loading...
or support indie stores by buying on
(This book is on backorder)