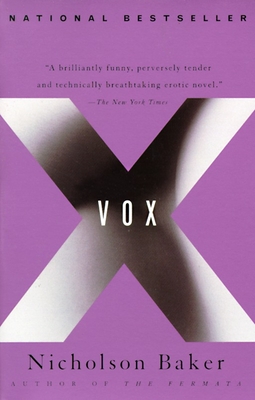 NICHOLSON BAKER was born in 1957 and attended the Eastman School of Music and Haverford College. He has published ten novels and has written about poetry, literature, history, politics, time manipulation, youth, and sex. In 1999, he founded the American Newspaper Repository, a collection of nineteenth- and twentieth-century newspapers. He received a National Book Critics Circle Award in 2001 for his nonfiction book, Double Fold: Libraries and the Assault on Paper and the International Hermann Hesse Prize (Germany) in 2014. He lives in Maine with his wife and two children.
Loading...
or support indie stores by buying on