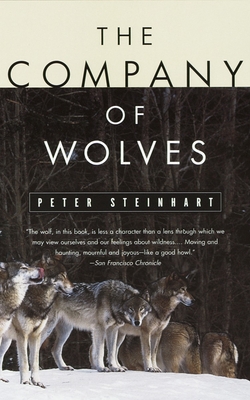 The Company of Wolves

As wolves return to their old territory in Yellowstone National Park, their presence is reawakening passions as ancient as their tangled relations with human beings. This authoritative and eloquent book coaxes the wolf out from its camouflage of myth and reveals the depth of its kinship with humanity, which shares this animal's complex complex social organization, intense family ties, and predatory streak.

Peter Steinhart is a naturalist and a writer. For 12 years he was an editor and columnist at Audubon, and his work has appeared in Harper’s, the New York Times, the Los Angeles Times, Mother Jones, and Sierra. He has twice been a finalist for a National Magazine Award, and his essays have been widely anthologized. He has published four books, among them The Company of Wolves and Undressed Art: Why We Draw. He lives and draws in Palo Alto, California.
Loading...
or
Not Currently Available for Direct Purchase