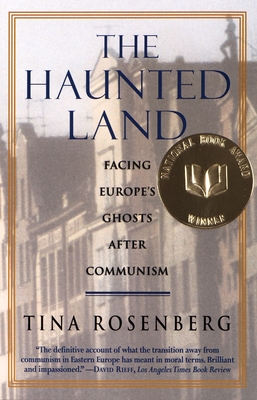 Praise For The Haunted Land: Facing Europe's Ghosts After Communism…

"Tina Rosenberg has traveled around the ruins of a fallen empire and she has returned with astonishing tales of human memory and struggle. The Haunted Land is the best portrait of post-imperial Eastern Europe around."--David Remnick, author of Lenin's Tomb

"Brilliant and impassioned... The definitive account of what the transition away from communism in Eastern Europe has meant in moral terms."--David Rieff, Los Angeles Times Book Review

Tina Rosenberg is a journalist who lived and traveled extensively in Latin America from 1985 to 1991. She was a recipient of the MacArthur Fellowship in 1987, and her work has appeared in magazines such as Esquire, Rolling Stone, The Atlantic, Foreign Policy, and The New Republic. She now lives in Washington, DC.
Loading...
or
Not Currently Available for Direct Purchase