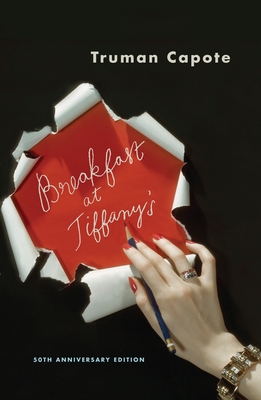 Holly Golightly knows that nothing bad can ever happen to you at Tiffany's. In this seductive, wistful masterpiece, Capote created a woman whose name has entered the American idiom and whose style is a part of the literary landscape—her poignancy, wit, and naïveté continue to charm.

This volume also includes three of Capote's best-known stories, “House of Flowers,” “A Diamond Guitar,” and “A Christmas Memory,” which the Saturday Review called “one of the most moving stories in our language.” It is a tale of two innocents—a small boy and the old woman who is his best friend—whose sweetness contains a hard, sharp kernel of truth.

“Truman Capote is the most perfect writer of my generation. He writes the best sentences word for word, rhythm upon rhythm.”—Norman Mailer

Truman Capote (1924-84) rose to international prominence in 1948 with the publication of his debut novel, Other Voices, Other Rooms. His other works of fiction include Breakfast at Tiffany's, A Tree of Night, The Grass Harp, and Summer Crossing, the author's long-lost first novel, which was rediscovered in 2004 and published by Random House in 2005. He is also the author of Portraits and Observations: The Essays of Truman Capote. His nonfiction novel In Cold Blood is widely considered one of the greatest books of the twentieth century.
Loading...
or support indie stores by buying on