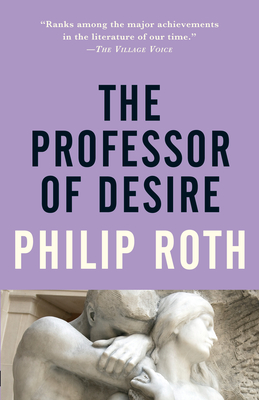 The Professor of Desire (Vintage International)

Praise For The Professor of Desire (Vintage International)…

"Ranks among the major achievements in the literature of our time." —Village Voice

"No one writing can juggle the somber and the ludicrous more adroitly than Roth." —Time

"Philip Roth is a great historian of modern eroticism.... [He] speaks of a sexuality that questions itself; it is still hedonism, but it is problematic, wounded, ironic hedonism. His is the uncommon union of confession and irony. Infinitely vulnerable in his sincerity and infinitely elusive in his irony." —Milan Kundera