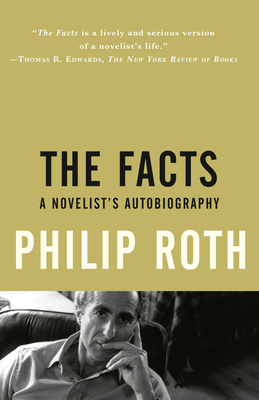 The Facts is the unconventional autobiography of a writer who has reshaped our idea of fiction—a work of compelling candor and inventiveness, instructive particularly in its revelation of the interplay between life and art.

The book concludes surprisingly—in true Rothian fashion—with a sustained assault by the novelist against his proficiencies as an autobiographer.

Praise For The Facts: A Novelist's Autobiography (Vintage International)…

"The Facts is a lively and serious version of a novelist's life." —Thomas R. Edwards, New York Review of Books

"A fine account of the origins of Roth's fiction—Philip Roth continues to be the most vigorous and truthful of American writers." —Phyllis Rose, Newsday