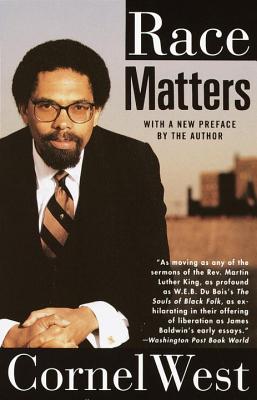 With a new introduction, the groundbreaking classic Race Matters affirms its position as the bestselling, most influential, and most original articulation of the urgent issues in America's ongoing racial debate. Cornel West is at the forefront of thinking about race. In Race Matters he addresses a range of issues, from the crisis in black leadership and the myths surrounding black sexuality to affirmative action, the new black conservatism, and the strained relations between Jews and African Americans. He never hesitates to confront the prejudices of all his readers or wavers in his insistence that they share a common destiny. Bold in its thought and written with a redemptive passion grounded in the tradition of the African-American church, Race Matters is a book that is at once challenging and deeply healing.

Cornel West has been Professor of Religion and Director of Afro-American Studies at Princeton University since 1988, and was recently appointed Professor of Afro-American Studies and the Philosophy of Religion at Harvard University. He is the author of many books, including Keeping Faith, Prophetic Fragments, and, with bell hooks, Breaking Bread.
Loading...
or
Not Currently Available for Direct Purchase