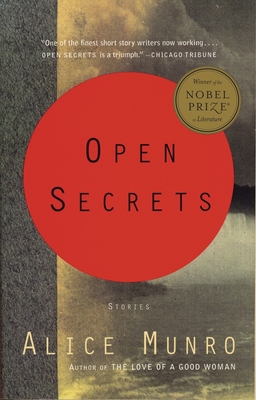 In these eight tales, Munro evokes the devastating power of old love suddenly recollected. She tells of vanished schoolgirls and indentured frontier brides and an eccentric recluse who, in the course of one surpassingly odd dinner party, inadvertently lands herself a wealthy suitor from exotic Australia. And Munro shows us how one woman's romantic tale of capture and escape in the high Balkans may end up inspiring another woman who is fleeing a husband and lover in present-day Canada.

"Open Secrets is a book that dazzles with its faith in language and in life."--New York Times Book Review

“She is our Chekhov, and is going to outlast most of her contemporaries.”
–Cynthia Ozick

“Brilliant at evoking life’s diversity and unpredictability, [Alice Munro is] an unrivalled chronicler of human nature.”
–The Sunday Times

“An Alice Munro story zooms effortlessly through time zones, spans generations and offers up more detail and description than do many full-length contemporary novels.”
–Maclean’s

“She is the best fiction writer in North America.”
–The Vancouver Sun