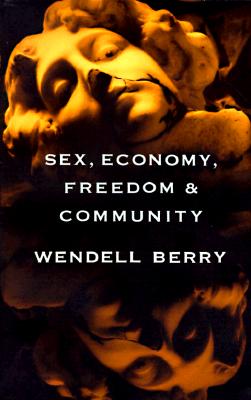 In this new collection of essays, Wendell Berry continues his work as one of America’s most necessary social commentators. With wisdom and clear, ringing prose, he tackles head-on some of the most difficult problems which face us as we near the end of the twentieth century.

Berry begins the title essay with the Anita Hill–Clarence Thomas hearings as an example of a “process that has been well established and well respected for at least two hundred years—the process . . . of community disintegration.” Community, a “locally understood interdependence of local people, local culture, local economy, and local nature,” bound by trust and affection, is “being destroyed by the desires and ambitions of both private and public life which for want of the intervention of community interests, are also destroying one another.”

He then moves on to elucidate connections between sexual brutality and economic brutality, and the role of art and free speech. Berry forcefully addresses America’s unabashed pursuit of self-liberation, which he says is “still the strongest force now operating in our society.” As individuals turn away from their community, they conform to a “rootless and placeless monoculture of commercial expectations and products,” buying into the very economic system which is destroying the earth, our communities, and all they represent.

Throughout the book Berry asks, What is appropriate? What is worth conserving from our past and preserving in our present? What is it to be human and truly connected to others? What does it mean to be free?

WENDELL BERRY is the author of more than two dozen books, including Fidelity, What Are People For? and The Unsettling of America. He lives and writes on his farm in Kentucky and teaches at the University of Kentucky.

“Berry once again carves out a unique position in American social debate; not liberal (he hates big government), not libertarian (he would balance individual rights along with those of the commonwealth), but always sharp-tongued and aglow with common sense.”
—Kirkus Reviews

“Berry’s words are those of a steward. He is trying to preserve that which is intimate, honest, and good. He is an intense, angry, but always caring critic of American culture. His aim is to install a sense of mission that would cause his readers to begin to build—or rebuild—their local communities.”
—Lexington Herald-Leader

“Wendell Berry is among our wisest and most clear-sighted thinkers; one can hardly speak of him without the word ‘prophetic’ coming to mind. Writing with grace and sanity from his Kentucky farmstead, his words contain enough common sense to turn absurdity on its head, and because the truth is both simpler and more subtle than any ideology, to challenge the assumptions of every one of our shallow ideological camps.”
—Caelum et Terra

"Read [him] with pencil in hand, make notes, and hope that somehow our country and the world will soon come to see the truth that is told here."
—The New York Times Book Review

The Gift of Good Land
“Our hope is here. And here is a human being speaking with calm and sanity out of the wilderness. We would do well to hear him.”
—The Washington Post Book World

Recollected Essays, 1965–1980
“In prose as transparent and healing as a clear mountain lake [Berry] emerges as a prophetic conscience of the nation. An important, humane book.”
—Publishers Weekly

“Wendell Berry is a good novelist, a fine poet, and the best essayist now working in America.”
—Edward Abbey

“Berry is a rare human being, a man of honesty and grace, a man deeply in love with life. And his essays will endure for the same reason that those of Thoreau and E. B. White and Wallce Stegner endure, because they speak not only to the human heart and mind, but also to the condition of the human spirit . . .”
—Harry Middleton, The Philadelphia Enquirer

What Are People For?
“He is . . . the prophetic voice of our day.”
—Page Smith, The Christian Science Monitor
or
Not Currently Available for Direct Purchase
Copyright © 2020 American Booksellers Association