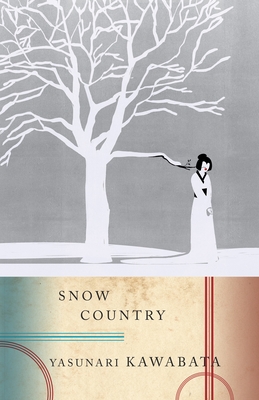 Nobel Prize winner Yasunari Kawabata’s Snow Country is widely considered to be the writer’s masterpiece: a powerful tale of wasted love set amid the desolate beauty of western Japan.

At an isolated mountain hot spring, with snow blanketing every surface, Shimamura, a wealthy dilettante meets Komako, a lowly geisha. She gives herself to him fully and without remorse, despite knowing that their passion cannot last and that the affair can have only one outcome. In chronicling the course of this doomed romance, Kawabata has created a story for the ages — a stunning novel dense in implication and exalting in its sadness.

Yasunari Kawabata was born in Osaka in 1899. In 1968 he became the first Japanese writer to receive the Nobel Prize for Literature. One of Japan’s most distinguished novelists, he published his first stories while he was still in high school, graduating from Tokyo Imperial University in 1924. His short story “The Izu Dancer,” first published in 1925, appeared in The Atlantic Monthly in 1955. Kawabata authored numerous novels, including Snow Country (1956), which cemented his reputation as one of the preeminent voices of his time, as well as Thousand Cranes (1959), The Sound of the Mountain (1970), The Master of Go (1972), and Beauty and Sadness (1975). He served as the chairman of the P.E.N. Club of Japan for several years and in 1959 he was awarded the Goethe-medal in Frankfurt. Kawabata died in 1972.

“Kawabata’s novels are among the most affecting and original works of our time.”
—The New York Times Book Review
or
Buy Here
Copyright © 2020 American Booksellers Association