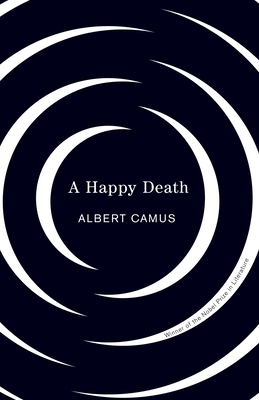 In his first novel, A Happy Death, written when he was in his early twenties and retrieved from his private papers following his death in I960, Albert Camus laid the foundation for The Stranger, focusing in both works on an Algerian clerk who kills a man in cold blood. But he also revealed himself to an extent that he never would in his later fiction. For if A Happy Death is the study of a rule-bound being shattering the fetters of his existence, it is also a remarkably candid portrait of its author as a young man.

As the novel follows the protagonist, Patrice Mersault, to his victim's house -- and then, fleeing, in a journey that takes him through stages of exile, hedonism, privation, and death -it gives us a glimpse into the imagination of one of the great writers of the twentieth century. For here is the young Camus himself, in love with the sea and sun, enraptured by women yet disdainful of romantic love, and already formulating the philosophy of action and moral responsibility that would make him central to the thought of our time.

Translated from the French by Richard Howard

Born in Algeria in 1913, Albert Camus published The Stranger—now one of the most widely read novels of this century—in 1942. Celebrated in intellectual circles, Camus was awarded the Nobel Prize for Literature in 1957. On January 4, 1960, he was killed in a car accident.
Loading...
or support indie stores by buying on