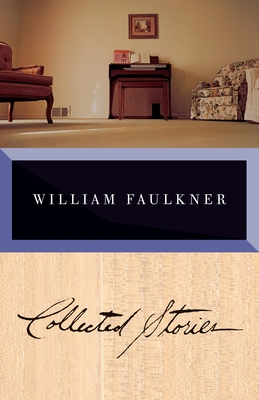 “I’m a failed poet. Maybe every novelist wants to write poetry first, finds he can’t and then tries the short story which is the most demanding form after poetry. And failing that, only then does he take up novel writing.” —William Faulkner

Forty-two stories make up this magisterial collection by the writer who stands at the pinnacle of modern American fiction. Compressing an epic expanse of vision into hard and wounding narratives, Faulkner’s stories evoke the intimate textures of place, the deep strata of history and legend, and all the fear, brutality, and tenderness of the human condition. These tales are set not only in Yoknapatawpha County, but in Beverly Hills and in France during World War I. They are populated by such characters as the Faulknerian archetypes Flem Snopes and Quentin Compson, as well as by ordinary men and women who emerge so sharply and indelibly in these pages that they dwarf the protagonists of most novels.

“For all his concern with the South, Faulkner was actually seeking out the nature of man. Thus we must turn to him for that continuity of moral purpose which made for greatness of our classics.” —Ralph Ellison

William Cuthbert Faulkner was born in 1897 and raised in Oxford, Mississippi, where he spent most of his life. One of the towering figures of American literature, he is the author of The Sound and the Fury, Absalom, Absalom!, and As I Lay Dying, among many other remarkable books. Faulkner was awarded the Nobel Prize in 1950 and France’s Legion of Honor in 1951. He died in 1962.
Loading...
or support indie stores by buying on