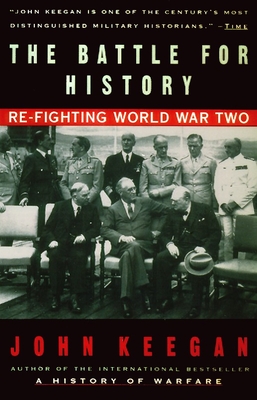 The Battle For History (Paperback)

With the same erudition, discernment, and crisp prose that made his A History of Warfare an international bestseller, Keegan surveys the literature of World War II, identifying the works he finds most important and illuminating while examining the sometimes savage controversies raised by two generations of the war's historians.

John Keegan’s books include The Iraq War, Intelligence in War, The First World War, The Battle for History, The Face of Battle, War and Our World, The Masks of Command, Fields of Battle, and A History of Warfare. He was the defense editor of The Daily Telegraph (London). He lived in Wiltshire, England, until his death in 2012.
or
Not Currently Available for Direct Purchase
Copyright © 2020 American Booksellers Association