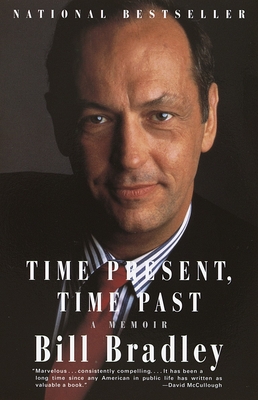 During his terms in the U.S. Senate, Bill Bradley won a national reputation for thoughtfulness, decency, and a willingness to take controversial positions on issues ranging from tax reform to the rights of Native Americans. All these qualities inform this best-selling memoir, in which Bradley assesses his political career and the experiences that shaped his convictions, and looks beyond them to consider the state of the American union on the eve of the 21st century. Time Present, Time Past offers an intimate portrait of the day-to-day working of the Senate: how legislation gets passed and sometimes thwarted; how money is raised and at what cost. But Bradley also writes about deeper questions: What does it means to be an American in an ago of dwindling opportunities and increasing inequality? How much can we expect from our public servants? What do we owe our fellow citizens? The result is a genuinely revelatory book, informed by intelligence, compassion, and unprecedented candor.

"Strikingly reflects the realities of modern politics, what it looks like, feels like, from the inside."--New York Times Book Review

Praise For Time Present, Time Past: A Memoir…

PRAISE FOR Time Present, Time Past:

"Strikingly reflects the realities of modern politics, what it looks like, feels like, from the inside."--The New York Times Book Review

"Intelligent, surprisingly candid and exceptionally well written. A love letter to America [by] someone shrewd and knowledgeable about the country."--Vanity Fair

"In this impressive memoir, Bradley...uses his memories of life on and off the court, and on and off the Senate floor, as a starting point for discussions of race, immigration, campaign financing, and political integrity.... Bradley is highly readable, thought provoking, and refreshingly honest."--Booklist

Bill Bradley has been a three-time basketball All-American at Princeton, an Olympic gold medalist, a Rhodes scholar, and a professional player for ten years with the New York Knicks.  Elected to the Senate from New Jersey in 1978, 1984, and 1990, he has authored extensive legislation, including the Tax Reform Act of 1986.  Bradley has written two previous books, Life on the Run and The Fair Tax. He is married and has one daughter.
Loading...
or
Not Currently Available for Direct Purchase