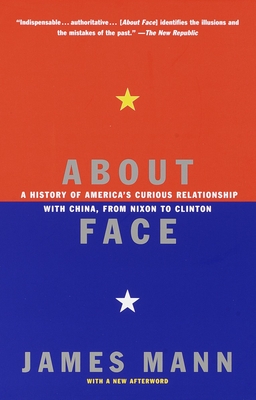 A History of America's Curious Relationship with China, from Nixon to Clinton

"Mann's colorful and detailed narrative, studded with dozens of vivid anecdotes, reveals how ineptly [we] have managed our ties with the world's most populous nation." --The Washington Post Book World

President Nixon and Secretary of State Kissinger began their diplomacy with China in an attempt to find a way out of Vietnam. The remaining Cold War presidents saw China as an ally against the Soviet Union and looked askance at its violations of international principles. With the end of communism and China's continued human rights abuses, the U.S has failed to forge a genuinely new relationship with China. This is the essential story of contemporary U.S./China policy.

Praise For About Face: A History of America's Curious Relationship with China, from Nixon to Clinton…

"The best book ever written by an American reporter about the strange relation between China and America."--Ross Terrill, author of Mao, China in Our Time, and Madame Mao

"Mann takes us through the dizzying diplomacy and strategic U-turns that have characterized our formal relationship."--The Wall Street Journal