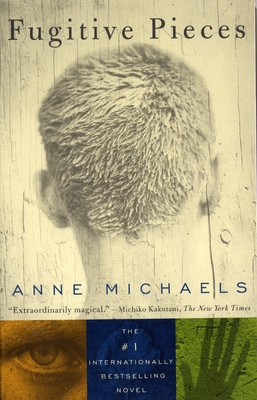 In 1940 a boy bursts from the mud of a war-torn Polish city, where he has buried himself to hide from the soldiers who murdered his family. His name is Jakob Beer. He is only seven years old. And although by all rights he should have shared the fate of the other Jews in his village, he has not only survived but been rescued by a Greek geologist, who does not recognize the boy as human until he begins to cry. With this electrifying image, Anne Michaels ushers us into her rapturously acclaimed novel of loss, memory, history, and redemption.

As Michaels follows Jakob across two continents, she lets us witness his transformation from a half-wild casualty of the Holocaust to an artist who extracts meaning from its abyss. Filled with mysterious symmetries and rendered in heart-stopping prose, Fugitive Pieces is a triumphant work, a book that should not so much be read as it should be surrendered to.

"Lovely...musical and magical.... Put this book alongside The English Patient." --Chicago Tribune

"Word by blessed word, it is a gorgeously written book: aflame with the subzero cold of history and the passions of emotional comprehension." --Boston Globe

Anne Michaels teaches creative writing in Toronto.  Her two collections of poetry are The Weight of Oranges (1986), which won the Commonwealth Prize for the Americas, and Miner's Pond (1991), which received the Canadian Authors Award and was shortlisted for the Governor General's Award and the Trillium Award.  Fugitive Pieces is her first novel.
Loading...
or
Not Currently Available for Direct Purchase