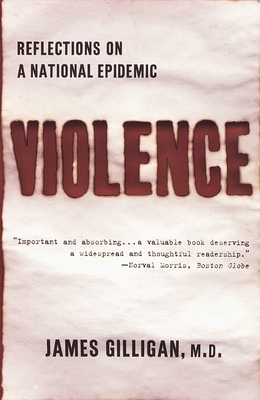 Reflections on a National Epidemic

Drawing on firsthand experience as a prison psychiatrist, his own family history, and literature, Gilligan unveils the motives of men who commit horrifying crimes, men who will not only kill others but destroy themselves rather than suffer a loss of self-respect. With devastating clarity, Gilligan traces the role that shame plays in the etiology of murder and explains why our present penal system only exacerbates it. Brilliantly argued, harrowing in its portraits of the walking dead, Violence should be read by anyone concerned with this national epidemic and its widespread consequences.

James Gilligan, M.D., directed the Center for the Study of Violence at Harvard Medical School. He is the former medical director of the Bridgewater State Hospital for the Massachusetts prison system.
Loading...
or support indie stores by buying on
(This book is on backorder)