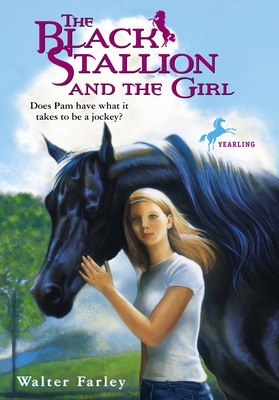 The Black Stallion and the Girl

Hopeful Farm’s success has greatly increased Alec and Henry’s workload, and finally, Alec decides to seek help. When Pam Athena, a very diminutive and very pretty girl applies for the job, Alec can’t imagine that she could be of any use. But then he sees how well she works with the horses. Even the Black, usually untrusting of strangers, is surprisingly calm around her . . . and it isn’t long before Alec himself falls under her spell.

Walter Farley's first book, The Black Stallion, was an instant hit when it appeared in 1941. Mr. Farley went on to write thirty-three other enormously popular books about the Black Stallion and other horses which were published in more than twenty countries. He died in 1989, shortly before the publication of his last novel, The Young Black Stallion, written with his son Steven.
Loading...
or support indie stores by buying on
(This book is on backorder)