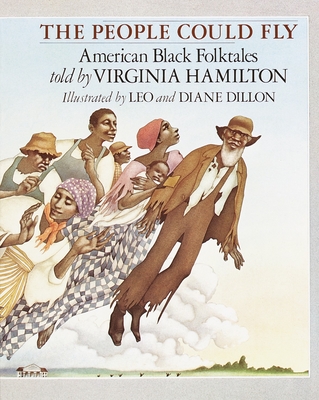 Virginia Hamilton, storyteller, lecturer, and biographer, was born and raised in Yellow Springs, OH, which is said to be a station on the Underground Railroad.  Her grandfather settled in the village after escaping slavery in Virginia. She was educated at Antioch College and Ohio State University and did further study in literature and the novel at the New School for Social Research. Virginia was the first African American woman to win the Newbery Award, for M.C. Higgins the Great.  Since then, she has won three Newbery Honors and three Coretta Scott King Awards.  In 1992, Virginia was awarded the Hans Christian Andersen Medal, which is presented every two years by the International Board on Books for Young People, in recognition of her entire body of work. Virginia writes first for the pleasure of using words and language to evoke characters and their world, and in historical accounts such as Anthony Burns, the lives of real people.  Secondly, Hamilton writes to entertain, to inspire in people the desire to read on and on good books made especially for them.
Loading...
or support indie stores by buying on