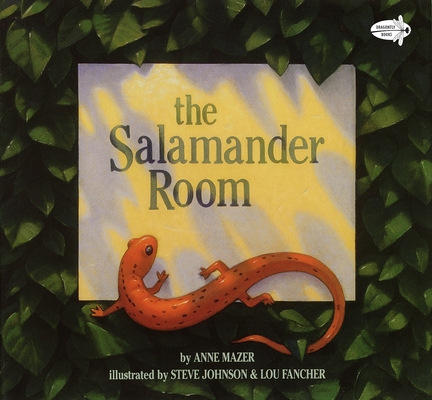 A boy finds a salamander in the woods and imagines the many things he can do to turn his room into a perfect salamander home. Together, Anne Mazer and Steve Johnson have created a woodland paradise that any salamander would love to share with a child.

Steve Johnson was born in White Bear Lake, Minnesota and earned a B.F.A. in illustration from the School of Associated Arts in St. Paul, Minnesota. Steve's stunning illustrations have been seen in many magazines, but it was not until Knopf asked him to illustrate No Star Nights in 1989 that he began his career as a children's book illustrator. Since then, Steve and his wife Lou Fancher has collaborated on the illustrations and design on a number of notable children's books.  They are currently among the most sought after of children's book artists. Steve and Lou fell in love with the My Many Colored Days manuscript at first sight, seeing in it an unusual opportunity to create something that is at once both childlike and sophisticated.

Steve and Lou currently reside in Minneapolis, Minnesota.
Loading...
or support indie stores by buying on