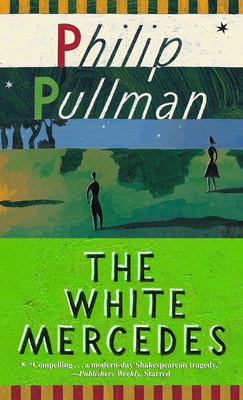 A chance meeting with Jenny at an Oxford party leaves seventeen-year-old Chris with hope for a summer romance—and no premonition of trouble. Busy with his job and soon in love with Jenny, whose cheerful surface belies the dark uncertainty of her past, Chris misses all the signs of danger. Before he knows it, he's caught in the sinister web of a criminal whose desire for revenge crushes all those who stand in his way.

"The story line will hook readers and hold them . . . a pageturner that raises some unsettling questions about trust and betrayal and the nature of good and evil."—School Library Journal

"An engrossing, tragic story with rare depth of feeling. . . . Readers won't be able to turn the pages fast enough."—Kirkus Reviews

"Fans of Robert Cormier should appreciate this tense thriller."—The Bulletin of the Center for Children's Books

Philip Pullman lives in Oxford, England. To learn more, please visit philip-pullman.com and hisdarkmaterials.com. Or follow him on Twitter at @PhilipPullman.
or
Not Currently Available for Direct Purchase
Copyright © 2020 American Booksellers Association