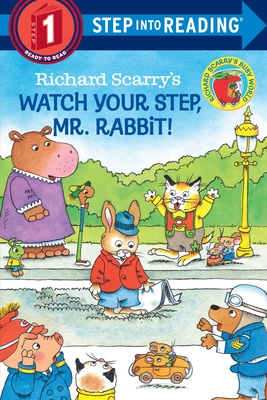 A funny and sweet Step Into Reading level 1 reader from the amazing Richard Scarry!

Mr. Rabbit's feet are stuck in cement and all of his friends are trying to get him out. Follow their hilarious hijinks in this delightful tale of what happens when you don't pay attention to where you are going.