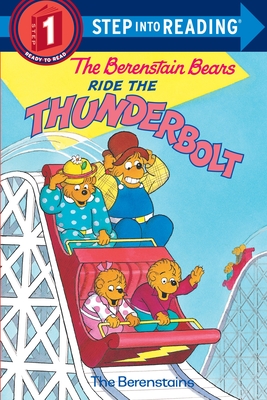 The Berenstain Bears Ride the Thunderbolt (Step into Reading)

Climb in and hold on tight! Kids will love spending a day at the Bear Country Amusement Park, where they'll experience the stomach-dropping, heart-stopping thrills of a giant roller coaster right along with the Berenstain Bears.


Stan and Jan planned all of their books together. They both wrote the stories and created the pictures.  They continued to live outside of Philadelphia in the country.  There are now over 300 Berenstain Bears books.
Loading...
or support indie stores by buying on