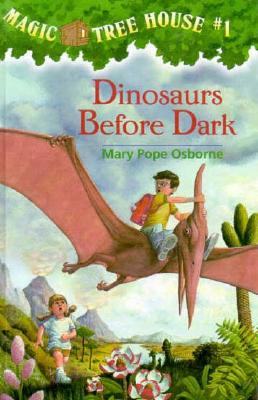 Jack and Annie are ready for their first fantasy adventure in the bestselling middle-grade series the Magic Tree House
Where did the tree house come from?
Before Jack and Annie can find out, the mysterious tree house whisks them to the prehistoric past. Now they have to figure out how to get home. Can they do it before dark . . . or will they become a dinosaur's dinner?
Visit the Magic Tree House website
MagicTreeHouse.com.

* Mary her husband Will spilt their time between an apartment in Greenwich Village, New York and a cabin in Pennsylvania.They own a terrier named Bailey, who sleeps on the top of Mary's desk every day while she writes!"
or
Not Currently Available for Direct Purchase
Copyright © 2020 American Booksellers Association