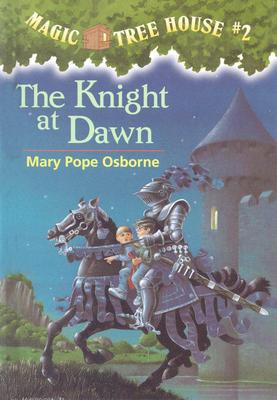 The Knight at Dawn

Illus. in black-and-white. Jack and Annie travel back in time to medieval England for an adventure inside a storybook castle, from feasting hall to dreadful dungeon.