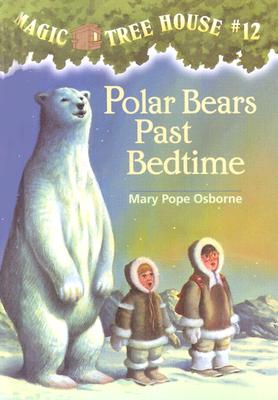 The Magic Tree House transportss Jack and Annie to the freezing Arctic. There, they must solve the final riddle to become master librarians. But it's not going to be easy--especially when they have cracking ice, a seal hunter, and a prodigious polar bear to deal with. Will they be able to solve the riddle before they get iced themselves?