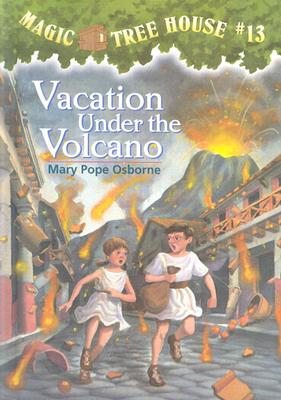 Vacation Under the Volcano

In their first adventure as Master Librarians, Jack and Annie go to the city of Pompeii to bring back an ancient story that is in danger of being lost forever. Little do they know they are saving the myth of Hercules But before they can find it, the town's volcano erupts in a mighty explosion.Just when things look hopeless, Jack and Annie get some unexpected help from a certain mythic hero - and the rest, as they say, is history.