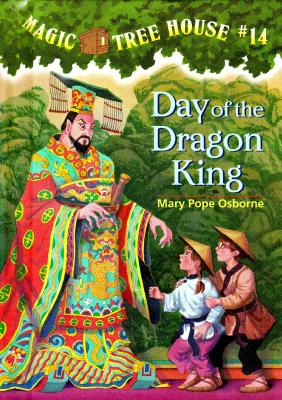 Day of the Dragon King

Jack and Annie set off to find an original copy of an ancient Chinese myth. Armed only with their magic library cards, they must take on a book-burning emperor. But with the help of a scholar and a silk weaver, they triumph again.