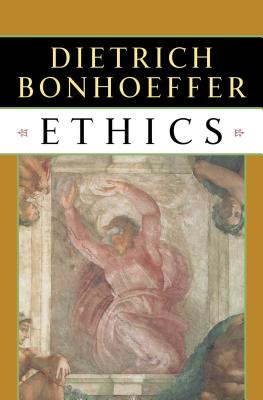 From one of the most important theologians of the twentieth century, Ethics is the seminal reinterpretation of the role of Christianity in the modern, secularized world.

The Christian does not live in a vacuum, says the author, but in a world of government, politics, labor, and marriage. Hence, Christian ethics cannot exist in a vacuum; what the Christian needs, claims Dietrich Bonhoeffer, is concrete instruction in a concrete situation. Although the author died before completing his work, this book is recognized as a major contribution to Christian ethics.

The root and ground of Christian ethics, the author says, is the reality of God as revealed in Jesus Christ. This reality is not manifest in the Church as distinct from the secular world; such a juxtaposition of two separate spheres, Bonhoeffer insists, is a denial of God’s having reconciled the whole world to himself in Christ. On the contrary, God’s commandment is to be found and known in the Church, the family, labor, and government. His commandment permits man to live as man before God, in a world God made, with responsibility for the institutions of that world.

Life He is admired by people as the example of what a modern Christian must be.