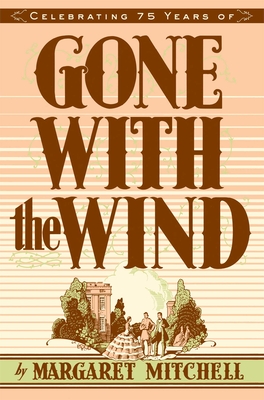 Gone With the Wind

Since its original publication in 1936, Gone With the Wind—winner of the Pulitzer Prize and one of the bestselling novels of all time—has been heralded by readers everywhere as The Great American Novel.

Widely considered The Great American Novel, and often remembered for its epic film version, Gone With the Wind explores the depth of human passions with an intensity as bold as its setting in the red hills of Georgia. A superb piece of storytelling, it vividly depicts the drama of the Civil War and Reconstruction.

This is the tale of Scarlett O’Hara, the spoiled, manipulative daughter of a wealthy plantation owner, who arrives at young womanhood just in time to see the Civil War forever change her way of life. A sweeping story of tangled passion and courage, in the pages of Gone With the Wind, Margaret Mitchell brings to life the unforgettable characters that have captured readers for over seventy years.

Born and raised in Atlanta, Georgia, Margaret Mitchell (1900 – 1949) was an American author and journalist. As a former newspaper reporter, she began Gone with the Wind in 1926. Only two people—the author and her husband—saw the manuscript before it reached the publisher. Gone with the Wind was awarded the National Book Award for Most Distinguished Novel of 1936 and the Pulitzer Prize for Fiction in 1937, and is one of the most bestselling novels of all time.
Loading...
or support indie stores by buying on