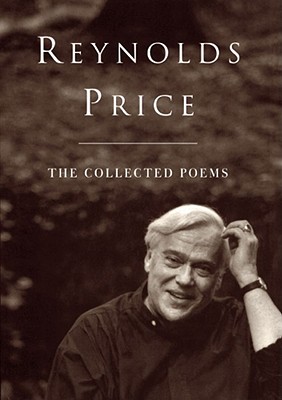 This volume presents the full range of Reynolds Price's poetic accomplishment over the past thirty-six years. His first three collections are brought together in their entirety; and a masterful new collection, The Unaccountable Worth of the World, is introduced.
In his preface to The Collected Poems, Price credits guides as various as Miss Jane Alston, a public school English teacher in North Carolina, and W. H. Auden, one of his teachers at Oxford University. The sure trajectory of Price's development as a poet is traced from the "inexplicable elation" of his adolescent discovery of Emily Dickinson, to a lengthy immersion in John Milton's "polyphonic language, with its ready access to the eloquence of plain speech," to the four-stress rhythm of the Anglo-Saxons and Coleridge on which his work often continues to depend -- that rhythm being "closely allied to the wary economy and dignity of those kinds of speech that, in my lifetime, have been most concerned for lucid and memorable communication."
Those familiar with Price's earlier work will welcome having in one volume such vivid contributions as "The Annual Heron" (from Vital Provisions), "House Snake" (The Laws of Ice) and "An Afterlife, 1953 -- 1988" (The Use of Fire). All will be introduced for the first time to his latest poems from the journal called "Days and Nights." This notebook was begun in the early 1980s, shortly before Price was diagnosed with a grave illness; and the entries continue in the second of three parts of The Unaccountable Worth of the World, many of them contending with the death of friends -- "the Dying Belt, as my father called it." The whole new collection culminates in the powerful departures of such poems as "Scored by Light" and "The Closing, The Ecstasy."
The Collected Poems reveals, throughout, the accumulated variety of Reynolds Price's years as a poet -- the thematic breadth, formal steadiness, narrative vitality and intense lyricism that have marked his work since 1961. It is a landmark in his creative life and in the span of contemporary American verse.

Praise For The Collected Poems…

Anthony Hecht The populous No-Man's Land between dream and waking, the human and the divine, the living and the dead, constitutes the uncanny yet strangely familiar locale of Reynolds Price's extraordinary poems, which are by turns lovely and frightening, tender and troubled, but always eloquent and moving. Not infrequently and with absolute authority they resonate with the bell-chime of gratitude. These Collected Poems are an astonishing and singular achievement.

Mary Oliver Reynolds Price's poems are full of his own personality -- his own divine mischief, his ordinations, over many years, into the societies of deepest friendship, love, work, physical pain and faith. Price is a writer (and a man) to be cherished by those who honor the elegance of literature, and the fortitude and clear-eyed investigations of the spirit. He is as erotic as Auden, as life-loving as Keats, as religious as Hopkins. As the first poem in this book moves on its somber cadences, through its dazzling details, the reader senses that here is the true country of poetry -- not merely poignant, but ecstatic, unbearable, and revelatory.

Reynolds Price (1933-2011) was born in Macon, North Carolina. Educated at Duke University and, as a Rhodes Scholar, at Merton College, Oxford University, he taught at Duke beginning in 1958 and was the James B. Duke Professor of English at the time of his death. His first short stories, and many later ones, are published in his Collected Stories. A Long and Happy Life was published in 1962 and won the William Faulkner Award for a best first novel. Kate Vaiden was published in 1986 and won the National Book Critics Circle Award. The Good Priest's Son in 2005 was his fourteenth novel. Among his thirty-seven volumes are further collections of fiction, poetry, plays, essays, and translations. Price is a member of both the American Academy of Arts and Letters and the American Academy of Arts and Sciences, and his work has been translated into seventeen languages.
Loading...
or
Not Currently Available for Direct Purchase