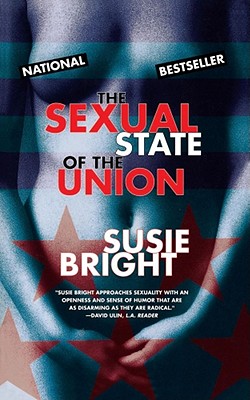 The Sexual State of the Union

Lust brings out the liar in everyone. Every erection has Pinocchio written up and down its length--yes, everybody wants to be REAL, a real boy, an honest woman, unafraid and upright--but then desire, the ultimate honesty, does us in. Desire doesn't give a whit about shame. Our secrets, our exaggerations and distractions, it's all just a lot of twisting in the wind as far as sex is concerned--what we want WILL come out.
Is our sexuality a basic, good, and precious thing that somehow became terribly misunderstood? Or is there something really evil out there in Sex Land that attaches itself to our libidos and is only held back by vigilance and caution? asks Susie Bright in her bestselling book The Sexual State of the Union. Bright pushes the borders of propriety until they blur and become irrelevant in the face of our inherent need to touch and be touched. With candor and passion, Susie Bright proves that sexual knowledge can indeed be salvation and inspiration.

Praise For The Sexual State of the Union…

The New York Times Book Review Ms. Bright is the voice of sweet reason and literacy.

Erica Jong Susie Bright is the genuine article...She proves the point that the muse screws, that all creativity is inevitably sexual, and that the juciest people write the most delectable books.

Armistead Maupin Susie Bright is a true American original. She cuts through the crap of modern Calvinism with disarming candor and humor and yes, elegance. We're so lucky to have her.