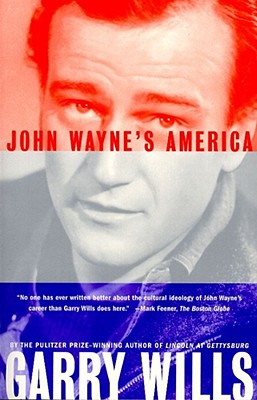 The Pulitzer Prize-winning author of Lincoln at Gettysburg brings his eloquence, wit, and on-target perceptions of American life and politics to this fascinating, well-drawn protrait of a twentieth-century hero. In this work of great originality—the biography of an idea—Garry Wills shows how John Wayne came to embody Amercian values and influenced our cultoure to a degree unmatched by any other public figure of his time. In Wills's hands, Waynes story is tranformed into a compelling narrative about the intersection of popular entertainment and political realities in mid-twentieth-century America.

Steve Neal Chicago Sun Times A fascinating and insightful study about the making of an American myth. Of more than a dozen books about Wayne, John Wayne's America is by far the best; it is a fresh and original interpretation of his film career and of his impact on American culture.

Molly Haskell The New York Times Book Review I hope this new book will find its way into the hands of those who are ready to think seriously about a pivotal figure in our culture, a figure who was a great star and a flawed man.

Mark Feener The Boston Globe No one has ever written better about the cultural ideology of John Wayne's career than Garry Willis does here.