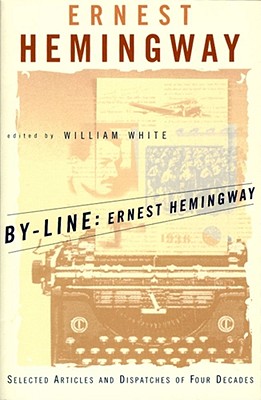 Spanning the years 1920 to 1956, this priceless collection shows Hemingway's work as a reporter, from correspondent for the Toronto Star to contributor to Esquire, Colliers, and Look. As fledgling reporter, war correspondent, and seasoned journalist, Hemingway provides access to a range of experiences, including vivid eyewitness accounts of the Spanish Civil War and World War II. By-Line: Ernest Hemingway offers a glimpse into the world behind the popular fiction of one of America's greatest writers.

Ernest Hemingway did more to influence the style of English prose than any other writer of his time. Publication of The Sun Also Rises and A Farewell to Arms immediately established him as one of the greatest literary lights of the 20th century. His classic novella The Old Man and the Sea won the Pulitzer Prize in 1953. Hemingway was awarded the Nobel Prize for Literature in 1954. He died in 1961.
or
Not Currently Available for Direct Purchase
Copyright © 2020 American Booksellers Association