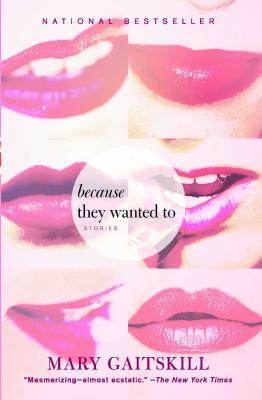 Because They Wanted To

A man tells a story to a woman sitting beside him on a plane, little suspecting what it reveals about his capacity for cruelty and contempt. A callow runaway girl is stranded in a strange city with another woman’s fractiously needy children. An uncomprehending father helplessly lashes out at the daughter he both loves and resents. In these raw, startling, and incandescently lovely stories, the author of Veronica yields twelve indelible portraits of people struggling with the disparity between what they want and what they know. Because They Wanted To is further evidence that Gaitskill is one of the fiercest, funniest, and most subversively compassionate writers at work today.

Mary Gaitskill’s novel, Veronica, was nominated for a 2005 National Book Award and was one of The New York Times’s 10 Best Books of 2005. She is also the author of the acclaimed novels Because They Wanted To and Two Girls, Fat and Thin. Her stories and essays have appeared in The New Yorker, Harper’s Magazine, Esquire, The Best American Short Stories (1993), and The O. Henry Prize Stories (1998). Her short story “Secretary” was the basis for the film of the same name. She lives in New York.
Loading...
or support indie stores by buying on