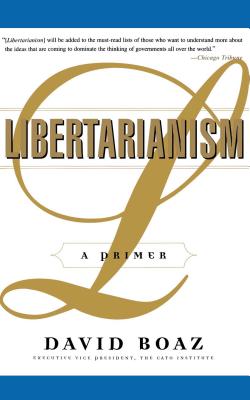 Tens of millions of Americans, from Generation X-ers to baby boomers and beyond, are rediscovering libertarianism, a visionary alternative to the tired party orthodoxies of left and right. In 1995 a Gallup poll found that 52 percent of Americans said "the federal government has become so large and powerful that it poses an immediate threat to the rights and freedoms of ordinary citizens." Later that year, The Wall Street Journal concurred, saying: "Because of their growing disdain for government, more and more Americans appear to be drifting—often unwittingly—toward a libertarian philosophy."
Libertarianism is hardly new, but its framework for liberty under law and economic progress makes it especially suited for the dynamic new era we are now entering. In the United States, the bureaucratic leviathan is newly threatened by a resurgence of the libertarian ideas upon which the country was founded. We are witnessing a breakdown of all the cherished beliefs of the welfare-warfare state. Americans have seen the failure of big government. Now, in the 1990s, we are ready to apply the lessons of this century to make the next one the century not of the state but of the free individual.
David Boaz presents the essential guidebook to the libertarian perspective, detailing its roots, central tenets, solutions to contemporary policy dilemmas, and future in American politics. He confronts head-on the tough questions frequently posed to libertarians: What about inequality? Who protects the environment? What ties people together if they are essentially self-interested? A concluding section, "Are You a Libertarian?" gives readers a chance to explore the substance of their own beliefs. Libertarianism is must reading for understanding one of the most exciting and hopeful movements of our time.

Praise For Libertarianism: A Primer…

P.J. O'Rourke America is a country full of people who feel personal liberty and individual responsibility in their guts. This book puts those guts into words. America is also a country full of politicians, academics, and self-possessed elites who mistrust liberty and responsibility ot the bottom of their souls. This book plants a kick in that fundament.

William F. Weld Libertarianism: A Primer is a bracing shot of 100-proof libertarianism guaranteed to render mute the last defenders of big, paternalistic government. With plain-spoken eloquence, David Boaz unveils a vision of America that has at its core an abiding respect for personal liberty and freedom writ large.

Dave Barry I hope everybody reads this book. My only concern is that, if we ever do wise up and dump the federal government, I'll lose my biggest source of comic material.

David Boaz is executive vice president of the Cato Institute. He is the author of Libertarianism: A Primer (an updated edition to be released in 2015 called The Libertarian Mind), and his articles have appeared in The New York Times, The Wall Street Journal, The Washington Post, and the Los Angeles Times. He lives in the Washington, DC, area.
Loading...
or support indie stores by buying on