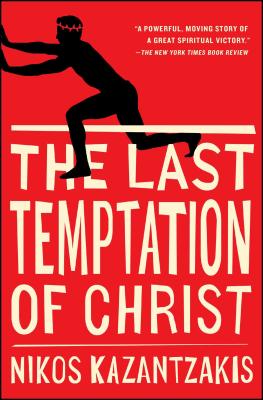 The Last Temptation of Christ

The internationally renowned novel about the life and death of Jesus Christ.

Hailed as a masterpiece by critics worldwide, The Last Temptation of Christ is a monumental reinterpretation of the Gospels that brilliantly fleshes out Christ’s Passion. This literary rendering of the life of Jesus Christ has courted controversy since its publication by depicting a Christ far more human than the one seen in the Bible. He is a figure who is gloriously divine but earthy and human, a man like any other—subject to fear, doubt, and pain.

In elegant, thoughtful prose Nikos Kazantzakis, one of the greats of modern literature, follows this Jesus as he struggles to live out God’s will for him, powerfully suggesting that it was Christ’s ultimate triumph over his flawed humanity, when he gave up the temptation to run from the cross and willingly laid down his life for mankind, that truly made him the venerable redeemer of men.

Nikos Kazantzakis was born in Crete in 1883. He studied literature and art in Germany and Italy, philosophy under Henri Bergson in Paris and received his law degree from the University of Athens. The Greek Minster of Education in 1945, Kazantzakis was also a dramatist, translator, poet, and travel writer. Among his most famous works are, The Odyssey: A Modern Sequel, The Last Temptation of Christ, and Saviors of God.  He died in October 1957.
Loading...
or support indie stores by buying on