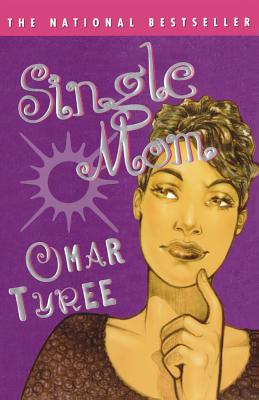 Three men grappling with fatherhood and one single mother of striking character and independence face off in this compelling new novel from the bestselling author of Flyy Girl and A Do Right Man.
After more than ten years of successfully raising two sons on her own, Denise Stewart finds herself involved with both of her sons' fathers as well as in a relationship with a new man. Jimmie, the father of her eldest child, who, after learning that his son is a top basketball prospect, suddenly wants a major role in the teenager's life. Walter, the father of Denise's second son, is trying to gain custody of his twelve-year-old. After attending the Million Man March in Washington, Walter believes he should assume full responsibility for his son instead of for just two weekends out of each month. And there's Brock, the truck driver who is falling in love with Denise but is uncertain whether he wants the burden of a ready-made family.

Praise For Single Mom: A Novel…

Lolita Files author of the bestselling Scenes from a Sister With Single Mom, Omar Tyree shows America that he truly has his finger on the pulse of society. His ability to delve into the issue of single parenting with such keen, dynamic insight is indicative of extraordinary talent. Single Mom is a must-read for everyone. This is a book for all those who understand and, most importantly, don't understand the plight of the single mother.

Ethel Johnson Upscale In Single Mom...[Tyree] offers a provocative look at the emotional lives of three African-American men as they struggle with their roles and changing views as fathers and lovers. Tyree is keeping it real.

New York Times bestselling author Omar Tyree is the winner of the 2001 NAACP Image Award for Outstanding Literary Work—Fiction, and the 2006 Phillis Wheatley Literary Award for Body of Work in Urban Fiction. He has published more than twenty books on African American people and culture, including five New York Times bestselling novels. He is a popular national speaker, and a strong advocate of urban literacy. Born and raised in Philadelphia, he lives in Charlotte, North Carolina. Learn more at OmarTyree.com.
Loading...
or support indie stores by buying on