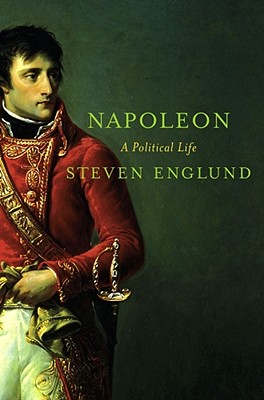 This sophisticated and masterful biography, written by a respected French history scholar who has taught courses on Napoleon at the University of Paris, brings new and remarkable analysis to the study of modern history's most famous general and statesman.

Since boyhood, Steven Englund has been fascinated by the unique force, personality, and political significance of Napoleon Bonaparte, who, in only a decade and a half, changed the face of Europe forever. In Napoleon: A Political Life, Englund harnesses his early passion and intellectual expertise to create a rich and full interpretation of a brilliant but flawed leader.

Napoleon believed that war was a means to an end, not the end itself. With this in mind, Steven Englund focuses on the political, rather than the military or personal, aspects of Napoleon's notorious and celebrated life. Doing so permits him to arrive at some original conclusions. For example, where most biographers see this subject as a Corsican patriot who at first detested France, Englund sees a young officer deeply committed to a political event, idea, and opportunity (the French Revolution) -- not to any specific nationality. Indeed, Englund dissects carefully the political use Napoleon made, both as First Consul and as Emperor of the French, of patriotism, or "nation-talk."

As Englund charts Napoleon's dramatic rise and fall -- from his Corsican boyhood, his French education, his astonishing military victories and no less astonishing acts of reform as First Consul (1799-1804) to his controversial record as Emperor and, finally, to his exile and death -- he is at particular pains to explore the unprecedented power Napoleon maintained over the popular imagination. Alone among recent biographers, Englund includes a chapter that analyzes the Napoleonic legend over the course of the past two centuries, down to the present-day French Republic, which has its own profound ambivalences toward this man whom it is afraid to recognize yet cannot avoid. Napoleon: A Political Life presents new consideration of Napoleon's adolescent and adult writings, as well as a convincing argument against the recent theory that the Emperor was poisoned at St. Helena. The book also offers an explanation of Napoleon's role as father of the "modern" in politics.

What finally emerges from these pages is a vivid and sympathetic portrait that combines youthful enthusiasm and mature scholarly reflection. The result is already regarded by experts as the Napoleonic bicentennial's first major interpretation of this perennial subject.