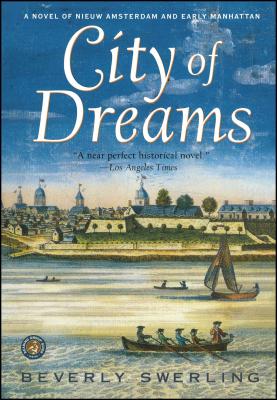 A Novel of Nieuw Amsterdam and Early Manhattan

A sweeping epic of two families--one Dutch, one English--from the time when New Amsterdam was a raw and rowdy settlement, to the triumph of the Revolution, when New York became a new nation's city of dreams. In 1661, Lucas Turner, a barber surgeon, and his sister, Sally, an apothecary, stagger off a small wooden ship after eleven weeks at sea. Bound to each other by blood and necessity, they aim to make a fresh start in the rough and rowdy Dutch settlement of Nieuw Amsterdam; but soon lust, betrayal, and murder will make them mortal enemies. In their struggle to survive in the New World, Lucas and Sally make choices that will burden their descendants with a legacy of secrets and retribution, and create a heritage that sets cousin against cousin, physician against surgeon, and, ultimately, patriot against Tory. In what will be the greatest city in the New World, the fortunes of these two families are inextricably entwined by blood and fire in an unforgettable American saga of pride and ambition, love and hate, and the becoming of the dream that is New York City.

Praise For City of Dreams: A Novel of Nieuw Amsterdam and Early Manhattan…


A near perfect historical novel.


The tapestry of early American society is hung out for a fresh viewing in this ambitious historical novel...[An] engrossing, generously imagined tale.